A practical guide to gas pressure 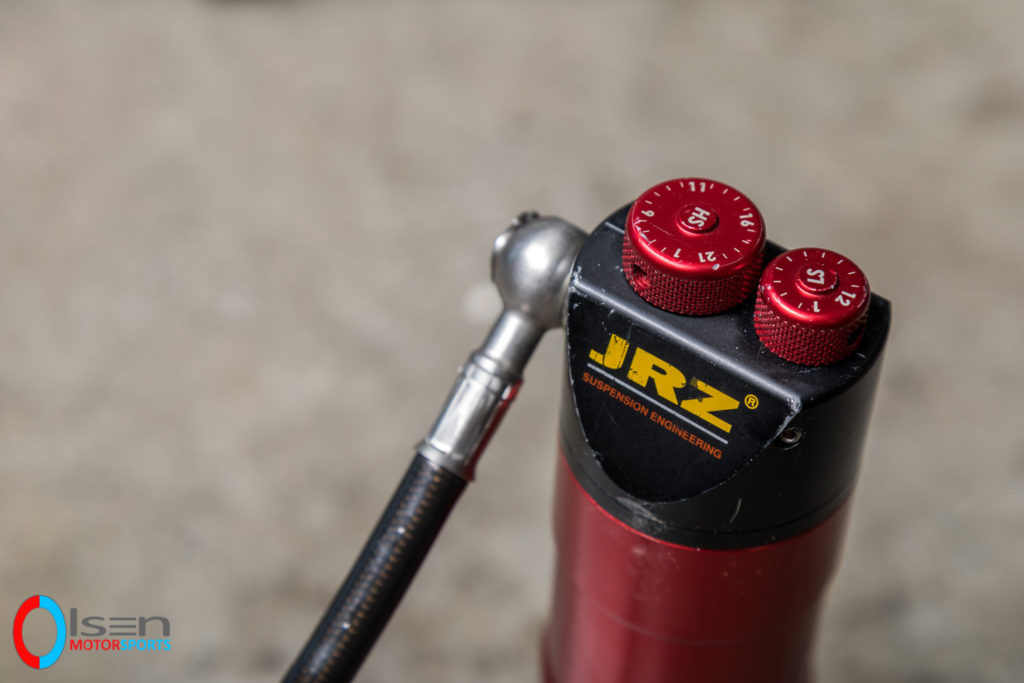 Canister pressure in dampers is often misunderstood in what it does and does not do. Here, we’ll go over some practical points.

Generally, all gas pressure does is add to the amount of force it takes to move the suspension from full extension and/or to hold it at any other position. In the world of springs, this is known as preload. Spring preload has been and still is used in myriad applications to manipulate static loading versus dynamic stiffness and/or natural frequency.

This was the original goal of the JRZ Suspension designer, Jan Zuijdijk. Jan wanted the large 22mm shaft to (among other things) hold up the car with the gas pressure. If he could use some pressure, then there wouldn’t be as much spring compression. This allowed less energy to be stored in the spring and thus less for the damper to work on. The less the damper had to do, the less the tire had to deal with, so it could make more grip. The graph below shows the concept: 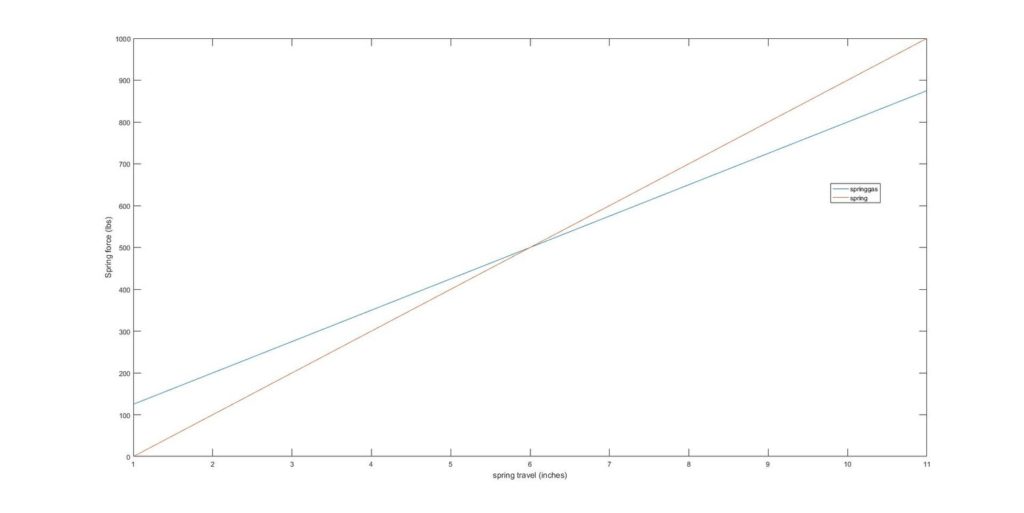 The blue line is a softer spring with gas pressure, the red line a stiffer spring

Moving on, we have spring rate effects. Depending on the damper, this can range from negligible to significant. Generally, the smaller the gas volume, the more “springy” a damper is. This is because gas pressure increases with inverse proportion to volume. When a damper compresses, the gas volume gets smaller. The more the damper compresses, the higher the pressure goes, the more force you get. So then you have increasing force with travel, which is by definition, a spring. If we start with a small volume, the force could double or triple with a full damper stroke. JRZ makes the dampers with a relatively large canister volume relative to the shaft size. This allows us to neglect the spring effect for the most part.

What about the effects on damping and shock adjustments? Simply put, past a certain point, there are none. A damper will need enough pressure to ensure it will not cavitate where the fluid reaches vacuum and boils. Other than that, the damper pressure doesn’t change a lot hydraulically. The damping forces at the particular forces will remain the same. What the pressure does effect is the seal friction in most dampers, which mathematically is damping. Though with the right seals this is not a major consideration for most users.

So how do I use gas pressure to tune my chassis? Lets finish off with the good old fashioned practical list: 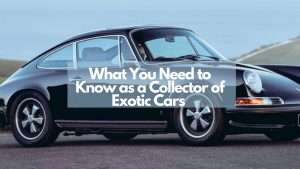 What You Need to Know as a Collector of Exotic Cars 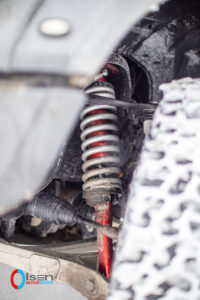 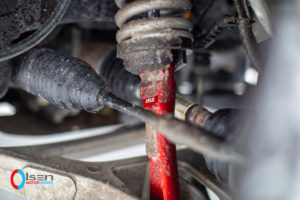 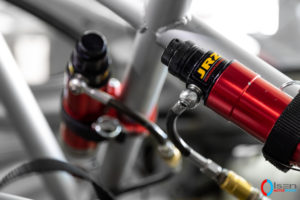 Why Your Porsche Deserves a JRZ Suspension

Get great deals sent directly to your inbox!

To Learn More or schedule your next appointment